Hanoi ranked No. 13, in the growth rate reaching a 11.64% of tourists increase each year, Ho Chi Minh City ranks 18th with 9.22%, from a list of 20 cities with the highest increase in the number of tourists in 7 years.

Recently, the Telegraph (UK) has put Hanoi on the first place in the top cities with the most impressive culinary world. In particular, this article does not forget to mention the event President Obama and Hanoi bun cha.

"President has been bun chawith Anthony Bourdain for only 6 dollars. Obviously he also realized the power of culinary cuisine here."

Additionally, the Telegraph also mentioned some other interesting dishes such as pho or egg coffee, or Vietnamese sandwich (banh mi).

The event that President Obama to Vietnam and had a dinner of bun cha. This simple dish appears all over onforeign media. Looking ahead, the footage of Obama eating bun cha in Hanoi will be broadcasted on CNN, towards millions of viewers worldwide.

TriipAdvisor recently rated Hanoi as one of the most affordable cities in the world.

The rating is based on the average cost for a trip lasting 3 days and 3 nights during the period from June to September 9th. This cost does not include airfares, which cost just resting two people at a 4 star hotel for 3 days, eting two basic lunches, visiting 3 attractions along with taxi charges.

Unexpectedly, the capital of Vietnam is among the destinations with the cheapest costsDespite having topped the 3 criteria: cheapest hotels, lowest commutation fee and lowest tour cost, food prices in Hanoi are still high compared to Mumbai (India), Bali (Indonesia) and Cape Town (South Africa).

Hanoi is among the top 10 most attractive cities according to TripAdvisor.In addition to which, Hanoi - the capitalof the beautiful Vietnam also entered the list of the most soughted out destinations  by manytourists, according to a survey carried out on Pinterest.

Earlier, in the list of 10 top destinations for the best resort city in Asia in 2016, as voted by readers of Smart Travel Asia online, Hanoi ranked 8th. Reportedly, readers of Smart travel Asia magazine has voted the most attractive tourist destinations in Asia according to the following criteria: best resorts; best shopping experience; best city for businesses; accommodations, restaurants, airlines etcWith cultural and historical beauties, ancient architecture, delicious food and friendly citizens, Hanoi has always been the dream destination of many.

On May 6th, the page Business Insider has compiled a list of 100 “should have in a lifetime experience” with the names promising fun and memorable travel itinerary. In this list, Hanoi pho - one of the traditional and stereotypical Vietnamese dishes – has been again honoured and highlighted as a not-to-be-missed during the journeys of travelers to the land of more than a thousand years of civilization.

| Why Apply With Us 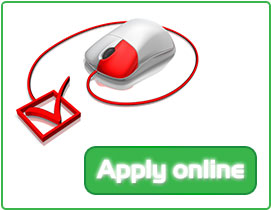